What we need to do next is to implement the algorithm described in ‘Perceptron Learning Rule’ and observe the effect of 1. different parameters, 2. different training sets, 3. and different transfer functions.

A single neuron perceptron consists of a linear combination and a threshold operation simply. So we note its capacity is close to a linear classification. Then our experiments should be done with samples that are linearly separable.

Before our experiments, the first mission that comes to us is to find some or design some training set. That is the data like:

containing inputs(2-dimensional) and corresponding targets. This training set containing 3 points can be generated by hand, but when we need more than 100 points, we need a tool.

The tool can be found at https://github.com/Tony-Tan/2DRandomSampleGenerater. And please star it!

This script used an image as input, and a different color in the image means different classes and the regions should be of the closed forms, like: 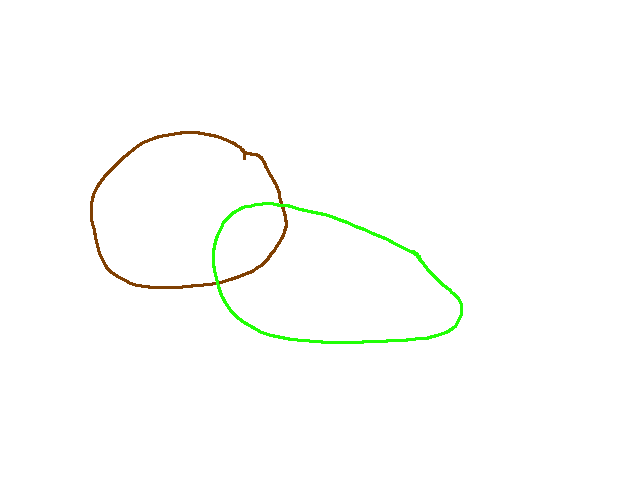 An image of two classes is fed into the script. And a ’*.csv’ file will be generated. Part of the file is like this: 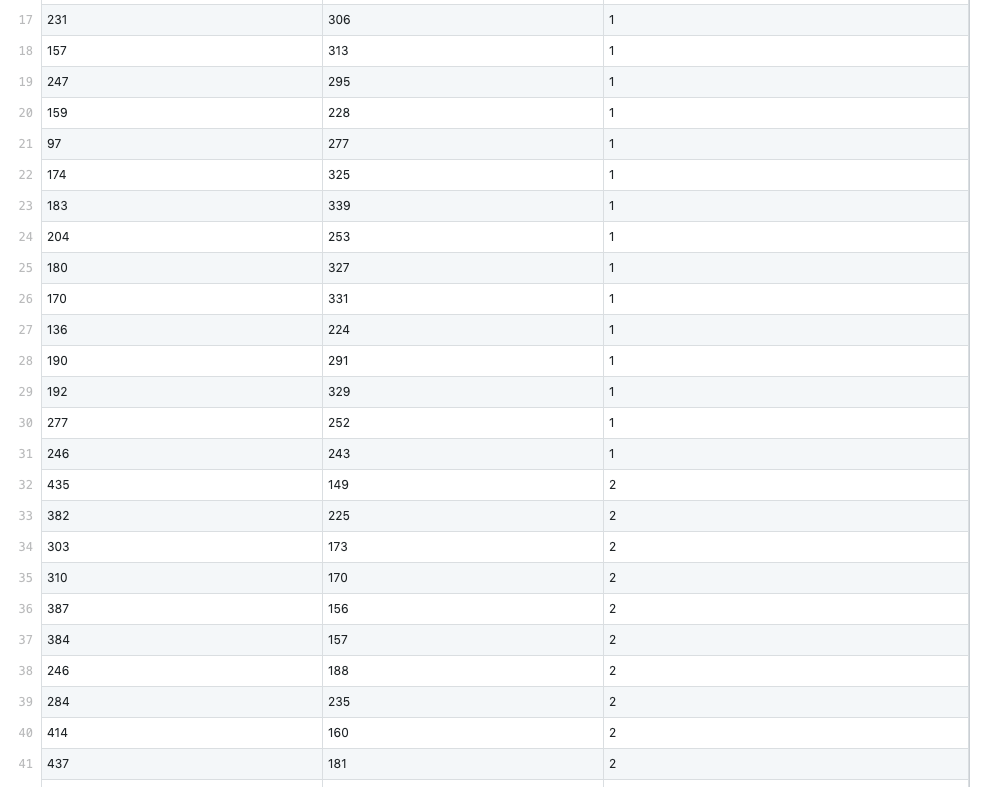 We can also draw a figure of these points and use a different color to identify their classes: 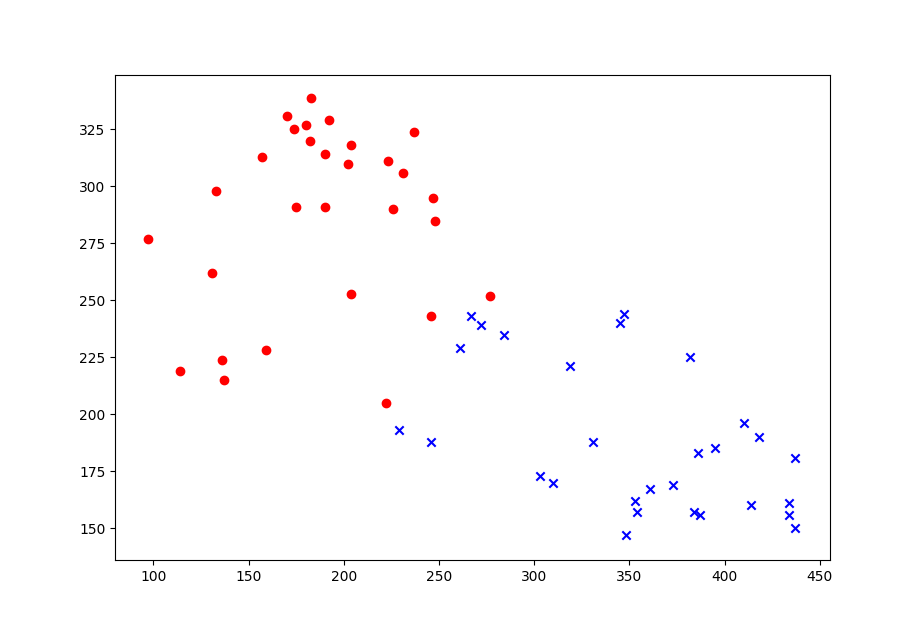 The use of script:

Firstly, we assume we have had a training set that is 2-dimensional linear separable. And our algorithm is:

The whole code can be found: https://github.com/Tony-Tan/NeuronNetworks/tree/master/simple_perceptron, and the main part of the code is:

Training set 4 in the project is shown below.

Points in the training set 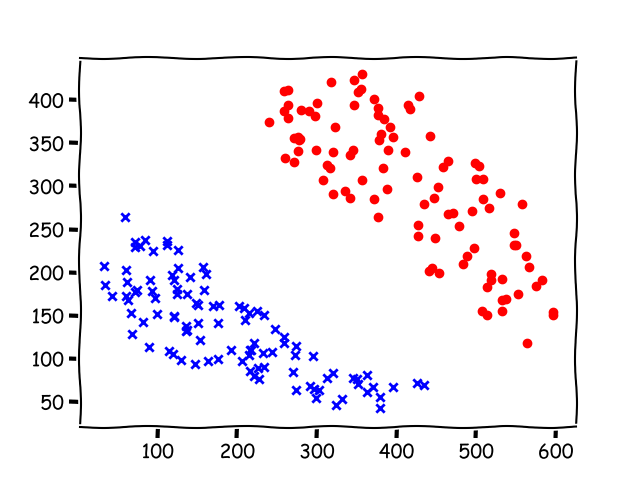 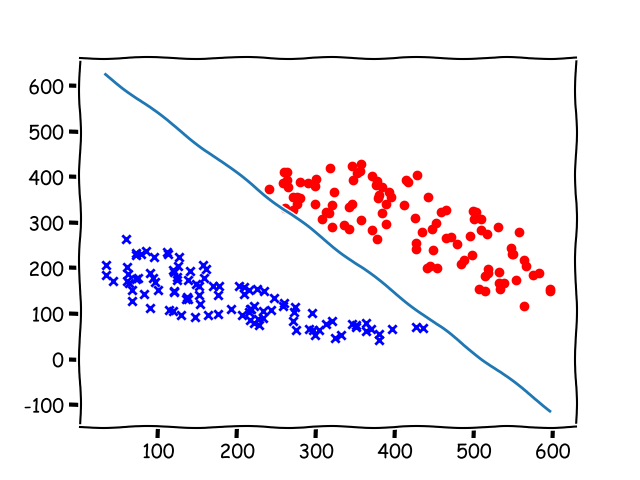 Analysis of the Algorithm#

Epoch is a period when every point in the dataset is used once and only once.

The following are the result of more training data than above.

These four different selections’ comparison of epochs they used:

and total modification they used:

These eight different Transfer Functions’ comparison of epochs they used:

and total modification they used: