Bayesian model averaging(BMA) is another wildly used method that is very like a combining model. However, the difference between BMA and combining models is also significant.

A Bayesian model averaging is a Bayesian formula in which the random variable are models(hypothesizes) \(h=1,2,\cdots,H\) with prior probability \(\Pr(h)\), then the marginal distribution over data \(X\) is:

And the MBA is used to select a model(hypothesis) that can model the data best through Bayesian theory. When we have a larger size of \(X\), the posterior probability

become sharper. Then we got a good hypothesis.

In post ‘Mixtures of Gaussians’, we have seen how a mixture of Gaussians works. Then the joint distribution of input data \(\mathbf{x}\) and latent variable \(\mathbf{z}\) is:

and the margin distribution of \(\mathbf{x}\) is 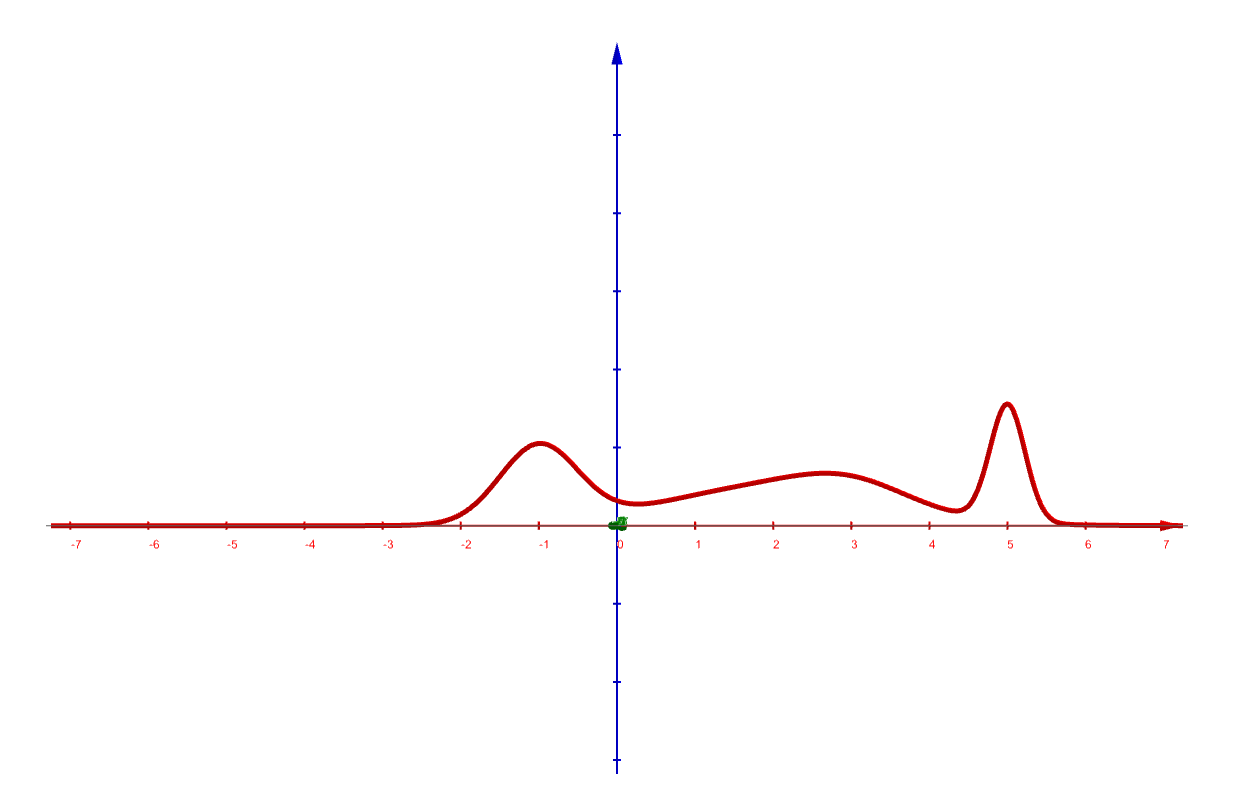 And the latent variables \(\mathbf{z}\) separate the whole distribution into several Gaussian distributions:

This is the simplest model of combining models where each expert is a Gaussian model. And during the voting, only one model was selected by \(\mathbf{z}\) to make the final decision.

Distinction between BMA and Combining Methods#

A combining model method contains several models and predicts by voting or other rules. However, Bayesian model averaging can be used to generate a hypothesis from several candidates.